Breast augmentation surgery is one of the most preferred surgeries, because the breasts are one of the most important aesthetic regions on female body. In our age, external appearance is increas-ingly becoming more important and because of that situation, aesthetic surgeries increased with technological development. As a result of this, breast augmentation surgeries with silicone prothe-ses become one of the most preferred surgeries by women.Growth of breasts become at the age of 9-14 in women, and the parts of the breasts, milk glands, connective tissue and fat tissue com-plete their growth under the genetic and hormonal factors. After the development process, the size of breasts may not grow as is desired.

In other case, a woman who is happy about the size of her breasts may be unhappy with her breasts, after losing their shape, fullness, or soft appearance due to aging, weight gain or loss, or after birth and breastfeeding. In these circumstances; breast augmentation can be operated with silicone implants (breast prostheses) to women who are older than 19-20, and do not have any problem for a surgery.

Nowadays, the most permanent, safe and suitable way for breast augmentation is the surgery which is operated with prosthesis. During the first examination before the surgery, the patient’s current breast tissue, sagging, structure and diameter of chest are evaluated. Under the patient’s expectations and the features which are mentioned before; suitability for surgery, the type and size of the prosthesis to be placed, the plan of the prostheses‘ location and the surgical incision are considered. If there is sagging problem along with the small breasts, during the breast augmenta-tion with the prosthesis, breast lift and recovery are also performed.

Breast surgeries are performed with general anaesthesia. The operations take approximately 1.5 – 2 hours. There are 2 types of breast prostheses, those filled with silicone gel or saline solution (saltwater). The external side of breast prosthesis consists of silicone material. The surface of these prostheses whose geometrical shapes can be round or drop shaped, can be straight or rough. Dur-ing the first examination, your doctor will decide the most suitable type and size of prosthesis for you, under your wishes, and the current situation of your breast tissue and chest wall.

In the breast augmentation surgeries, the incision of the prosthesis to be placed, can be deter-mined from 3 different regions: 1) Under the breast fold 2) Around the nipple 3) Under the armpit
In the breast augmentation surgeries, the prosthesis can be placed under the breast tissue (sub glandular) or under the muscle which is under the breast tissue (sub pectoral or dual plan). While choosing the plan of the prosthesis to be placed, the patient’s current breast tissue, and skin thick-ness, the sagging situation and the personal preferences of patients are important. After the de-tailed examinations in case of sagging, it is determined if the sagging can be corrected with prosthe-sis only, according to the degree. If there is a sagging problem on breast, during the breast augmen-tation with silicone prosthesis, breast lift and recovery surgery are also performed.
After the surgery, a small dressing is made and a bra is worn to the patient. After this surgery, the patient can return home in the same day or the doctor may want the patient to stay in hospital for a night. Patients can generally return their work in a few days. However, it is recommended not to lift heavy things for about 3 weeks and not to raise arms especially in the first days. 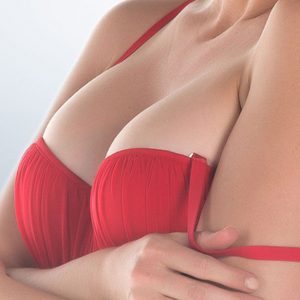 For many years, studies about if breast implants cause breast cancer or an auto immune disease have been conducted by respectable universities around the world and no relationship has been found between breast prostheses and these diseases.

What is the Minimum Age for Breast Augmentation Surgeries?

For breast augmentation surgeries, patients must be older than puberty period ages, also breast development must have been completed and it should be observed that the breasts have not grown anymore for at least 2 years. The surgery can be performed after approximately the age of 19-20.

Is it Possible to Get Pregnant or Breastfeeding After the Breast Augmentation Surgery?

Having breast prostheses is not a problem for pregnancy or breastfeeding. However, it is recom-mended not to get pregnant after the surgery for completion of the recovery process for about 6 months.

When Can I Do Sports After the Surgery?

All sports activities must be stopped for 2 weeks. After this period, you can start some exercises like walking. Patients who have submuscular protheses should avoid doing heavy exercises like upper body and arm movements for about 6-8 weeks.

What are the Possible Undesirable Situations After the Surgery?

The risk of bleeding and infection which can be seen after any surgery, is also valid for the breast augmentation surgeries. In case of the infection situation, you should be treated for a while with antibiotics. If there is no response to antibiotics treatment, the prostheses may need to be re-moved. Capsule contracture is the most important complication in breast prosthesis surgeries. Normally, breast prostheses are covered by a shell capsule. In a very small percentage, breast pros-theses are compressed by the thickened shell and their shape may be deformed. This situation is called capsule contracture and it may be necessary to remove this capsule with a new surgery and the prostheses may rarely be replaced.

Although this complication is theoretically possible; it may rarely be seen because the plastic sur-geons choose the suitable prostheses for the patient’s body structure and the elasticityof the breast skin.

Is it Possible to Benefit from SGK for Breast Augmentation Surgeries?

Breast augmentation is an aesthetic intervention and it is not possible to benefit from SGK.

Is it Possible to Take Fat From Body to Augment the Breast, or to Augment Without Silicone?

In breast augmentation, fat injections have been used in recent years. Fat injection allow more limited and small amounts of augmentation, and the fat which is taken from body with liposuction is placed to the breast. However, some of the placed fat should be expected to be lost in a while.

Is There any Problem During Mammography Examination After Having Breast Augmentation with Silicone Implant?

Routine breast controls, mammography and ultrasonography of the patients who have breast pros-thesis can be performed by expert physicians without any problem.