In breast augmentation, fat injections have been used in recent years. Fat injection allow more limited and small amounts of augmentation, and the fat which is taken from body with liposuction is placed to the breast. However, some of the placed fat should be expected to be lost in a while.

Gynecomastia can be performed with local or general anesthesia. Fat removal can also be added to the process, if needed. If the size of breasts are larger than normal, the breast tissue and the skin are also need to be removed.

Can Gynecomastia be Treated with Medications?

The surgery for the treatment of breast enlargement in men is a gold standard. In some situations which some of the patients did not want the surgery, limited success has been achieved with some drugs. 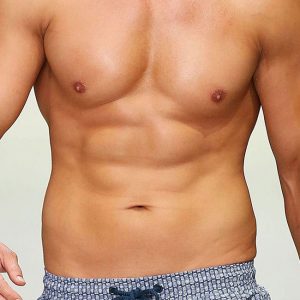 Is There an Age Limit for the Gynecomastia Surgery?

Although there is no age limit, the situation of the breast enlargement because of the gynecomasty may disappear after the puberty period. After the puberty period, approximately 17 years old, the breast enlargement surgery can be performed. If a patient does the required examinations and if the operation is performed as son as possible, the psychological problems could be prevented.

What Kind of Anesthesia is Preferred in Gynecomastia Surgery and How Long Does it Take?

Gynecomastia surgery can be performed with local or general anesthesia. The patient can return home immediately without staying at hospital after the surgery. The surgery takes about 45-90 minutes.

Will There be any Scars after the Gynecomastia Surgery?

Gynecomastia surgery can be performed with local or general anesthesia. The patient can return home immediately without staying at hospital after the surgery. The surgery takes about 45-90 minutes.

Will There be any Scars after the Gynecomastia Surgery?

If the reason of breast enlargement is the fat increase in this region, excessive fat removal with liposuction can be performed and breasts will become smaller. Liposuction is performed on small holes, so there will not be any scars. However, the enlargement of the glandular tissue in breast is the main problem, excessive tissue is removed with half moon incision under the nipple. Every incision has a scar, but because of the color transition in this region, these scars will not be noticed so much. If there is sagging of the excesses on the skin, and if the removal is performed on them, there will be a scar. In the gynecomastia surgeries, asymmetry (difference between two sides), hematoma (blood accumulation under the skin), nipple necrosis (decay of the tissue) and infection may occur. However, tissue loss and infection possibility is very low. Antibiotics are used for protection after the surgery. The gynecomastia athlete is used to reduce the adhesion of the breast skin and the fluid accumulation after the surgery.