Gluteoplasty consists of plastic surgeries such as enlargement/ reduction of buttocks and gluetal augmentation in order to eliminate aesthetical concerns.

Gluetal Augmentation is performed in three different methods. These are liposuction, fat injection and silicon implantation. Sometimes one, other times two or all of them can be performed during surgery. A doctor’s approval is required to determine the correct methods and performing gluetal augmentation. If the shape of the buttocks being flappy or loose is caused by the fat in the region, augmentation is performed by applying liposuction to the region below the buttocks followed by revision of the region. In some occasions buttocks may have a proper shape yet lack the fatty tissue they need. In this case, fat is injected to the points where a lifted appearance can be obtained. In this surgery the important point is to determine how the augmentation will be applied to the buttocks. Therefore it is important to know which method will be performedi, where the fat injection will be applied and which size and shape of silicon implantation will be required.

It is performed on patients who want natural looking and aesthetical buttocks because of not being comfortable with having larger buttocks in proportion to their body. The reduction is achieved by performing liposuction. With liposuction, the extra fat in the buttocks is removed. The amount of fat removed depends on the appearance aimed to be obtained. With extra fat, extra skin is also removed from the buttocks accordingly. Thus buttocks reduction will be completed. 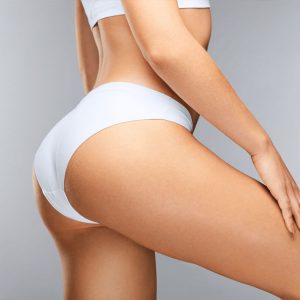 This surgery is performed with methods such as silicon implantation or fat injection. The first step is the examination of the patient and the determination of the correct size for the buttocks. During this process the requests of the patients are also taken into consideration. The size is determined accordingly to whether the patient wants natural or attention grabbing buttocks. After the determination, the silicon implantation is performed and if necessary, it is supported with fat injection. Thus buttocks enlargement will be completed.

Is the Newly Obtained Appearance Permanent?

The answer to this question differs from one operation and the methods used to the next. Plastic surgeries performed with silicon implantation offer permanent solution. However, if the fat injection is the only method which is used, then, depending on the charasteristics of fatty tissues, the end result may concede in terms of aesthetical appearance. Therefore the answer to this question reforms according to the examination of the patient following their requests.

What to Pay Attention After Gluteoplasty?

After these types of operations, like all other surgeries require cutting, it is important to be careful with dressings, hygenic measures and stitches to not expose them to stress. For a period of time, it is important to mind sitting and sleeping positions.