With which anesthesia method is liposuction done?

Liposuction can be performed on small areas with a local anesthetic and on larger areas under general anesthesia or sedation. 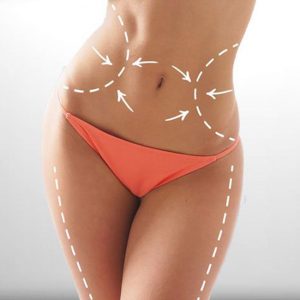 Which Areas Can Liposuction Be Applied?

Liposuction can be performed on almost any part of the body. Fat accumulations on parts of the body such as the buttocks, hips, legs, inner legs, upper arms, stomach and chest are bothersome. It is also not uncommon for them to lead to slackness and slack spots that are disturbing for the person concerned. To remedy this, liposuction is being performed more and more often.

How long does the procedure last?

The duration of the procedure varies depending on the body location and number of places. Liposuction in just one place takes 1 hour and takes place under general anesthesia. Only a few and barely visible cuts are made. A corsage must be worn after the operation. Swelling and bruising may increase in the first few days. It can take up to 4-6 months for the edema to go away. The patient is discharged 1-3 days after the procedure and can return to everyday life in a short time.

What can you expect after a liposuction?

There is no or only minimal pain after the operation. This minimal pain can be treated with pain relievers. There are hardly any bruises. Swelling can occur and will go away on its own within 15-20 days. The shape of the body shows up a month later. After 3 months the body looks better. The end result is achieved after 6 months. After the operation, those affected have to wear a corsage for 4 weeks.

What is the Mechanism of Lipomatic application?

During this process, fat is sucked off with the help of cannulas. The cannula vibrates during the process. Compared to the classic method, this method is simpler and less harmful to the body.

What are the advantages of lipomatic application?

The lipomatic treatment not only removes fat, but also tightens sagging skin. It ensures a more homogeneous fat absorption. Shadows and dents no longer arise. With lipomatic treatment, cellulite in the hip area disappears, with liposuction this is not the case.

With the advantage of effective target selection, it enables direct intervention in adipose tissue without damaging other tissues such as muscles, nerves and vessels in the subcutaneous area.

Effects such as bruising, edema, pain, and numbness that patients often experience after liposuction are less common after lipomatic application. In addition, cellulite is reduced by lipomatic fat removal. It allows us to have effective results in treating lipedema, especially in the legs.
It is a fact that this process is more comfortable for both patient and doctor, contributes to its success. With the device for lipomatic fat removal, the postoperative time is much more pleasant than with a classic liposuction. This enables patients to quickly return to their everyday lives without complications.

How long does a lipomatic treatment last?

The fat loss caused by lipomatic surgery can be rebuilt through improper diet or an inactive lifestyle. In order to be able to maintain the condition after a fat removal in the long term, doctors recommend a healthy diet and exercise. With a lifestyle that does not encourage the formation of new fat cells, the affected person can keep the effect of this procedure permanently.