Nose correction surgery, also known as rhinoplasty, is one of the most frequently performed operations. Anyone who has difficulty breathing or who wants a rhinoplasty is interested in this procedure. In the case of congenital deformations of the nose, but also in the case of deformations that occurred later, a nose operation helps with the correction. The aim of this procedure is to beautify the nose from an aesthetic point of view without changing the function of the nose.

Who is suitable for a rhinoplasty (nose correction)

With a nose correction, the nose is aesthetically beautified. As a result, those affected become more self-confident and feel good. The exact request of the patient cannot be implemented with the operation. Any changes made during a rhinoplasty are related to the patient's nose structure. The wishes of the patient play an important role in Rhinoplasty. The success of the surgery depends on the patient's expectations, the reasons for the surgery, and the expectations of the surgery. When patients correctly convey their wishes to the surgeon, the best result will be achieved. If expectations are set too high, patients could be disappointed. A nose operation is successful if the patient is satisfied with the result and the procedure has a positive effect on the appearance. These people are best suited for a nose job. Anyone who can psychologically cope with the change caused by the intervention and anyone who understands that this intervention is time-consuming is suitable for this intervention. 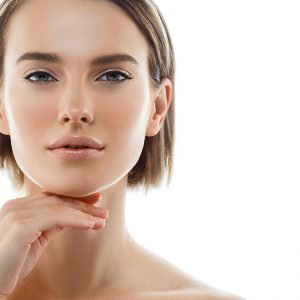 What are the risks of a nose surgery (Rhinoplasty)?

Like any surgical procedure, nasal surgery also carries a risk. A good and experienced surgeon minimizes the risk. The risk of bleeding, infection or anesthetic risk remains with every procedure. Depending on the technique used for a rhinoplasty, different scars can remain. With a closed nose operation, no visible scars remain. With an open nose operation, it is possible that minimal inconspicuous scars remain. After the operation there is the possibility of making a correction. In the literature this value is only 10 to 25%, but should be taken into account. If the patient is not satisfied with the result or has difficulty breathing, the procedure is repeated.

Anesthesia for a rhinoplasty

How is a rhinoplasty performed?

A rhinoplasty takes about 2 hours. The skin of the nose, bones and roof of cartilage are separated. Different procedures can be carried out depending on the complaints and technique. The nasal skin is adapted to the newly created nasal roof and a plaster splint is applied to maintain the new shape of the nose.

What to watch out for after the operation

A silicone tampon is used to make breathing easier. A splint is placed outside the nose to protect it from external influences. The tampon is removed after two days. After 7 days the splint. If the head is up and is cooled with ice compresses, bruises and edema will quickly go away. After a week, I saw no more signs of a nose job. You should not wear glasses for 3 months.